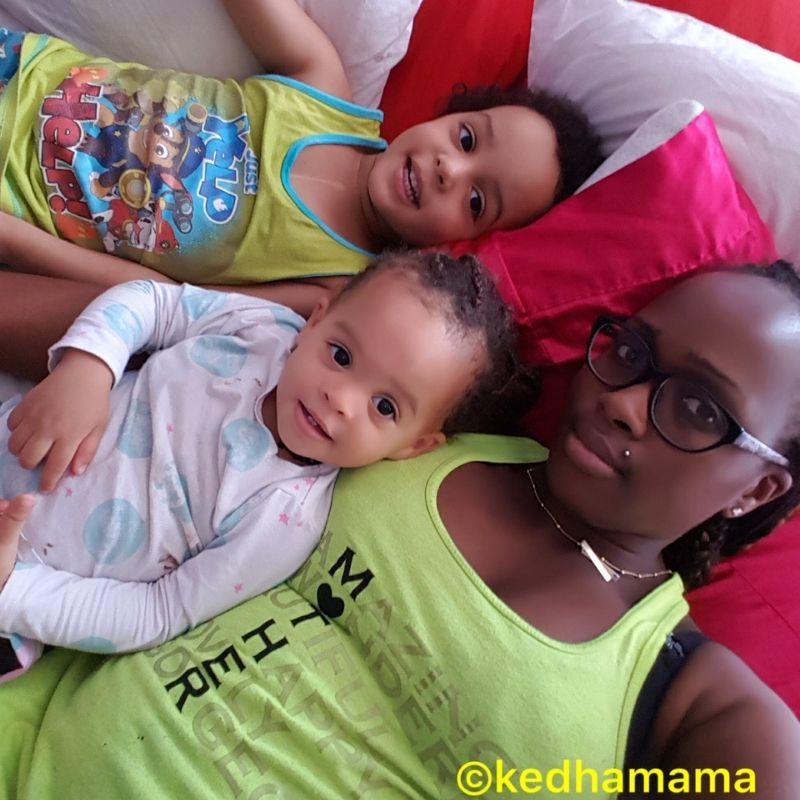 What language should I speak to my children? I say whatever language you can speak and are fluent in, go for it. It is said that children are like sponges. They do pick up a lot at a very young age that is why it is said to start pretty much from birth. I always admire Asians because they speak to their children exclusively in their language because at the end of the day when you look at it, they will learn English in school even though English is said to be one of the hardest languages to learn even noted by the Oxford Royale Academy, “One of the reasons why English is known for being difficult is because it’s full of contradictions.” Even so, it is the universal language. Funny enough though, I know some people who could be teaching their kids a second or even third language but choose not to.

In an article by www.theconversation.com they wrote that, “Any adult who has attempted to learn a foreign language can attest to how difficult and confusing it can be. So when a three-year-old growing up in a bilingual household inserts Spanish words into his English sentences, conventional wisdom assumes that he is confusing the two languages. Research shows that this is not the case.

In fact, early childhood is the best possible time to learn a second language. Children who experience two languages from birth typically become native speakers of both, while adults often struggle with second language learning and rarely attain native-like fluency.”

I regret not speaking Shona to my kids exclusively maybe it is because I am so used to speaking English all the time to their father and everywhere else I go. I find I now think in English and even dream in English so automatically I speak to the kids in English. It was brought to my attention by their dad that I had to speak to them more in Shona. I feel bad for Kupa. Though he understands me most of the time, by the time I started speaking more in Shona to him his sister was about to be born. She seems to understand me more than he does. I am glad that they both understand me though. The more I speak to them, the more they will learn.

When they both started going to daycare I got them into a family daycare and their carer is this lovely Spanish lady so from the start, I asked her to speak to them in Spanish. While I may not understand it, at least they have another language they can know as well. I remember the first time Kupa spoke to me in Spanish he came home and said, “mama I want agua please.” I didn’t have the slightest idea what it was he was asking for. So I asked him to tell me again. He then asked in Shona, “ Mama I want ima please.” Yes, though it’s just the one Shona baby word for water he knew what he was asking for. I felt so proud. I started learning those small words he would speak at home. Everyday I would be asking his carer the meaning of the new words. Now with Nashe going to the same lady I also consider myself lucky because if I ever find myself in a Spanish speaking country and I am thirsty, I know how to ask for water.

When I read of celebrities who have their kids learning all sorts of languages I think they are doing a good thing for their kids. I encourage my friends and those around me to do the same with their kids. The world is constantly changing and our kids can end up in a foreign country but will be able to learn different languages fast because we have opened doors to that avenue at an early age.

The parent does not need to be fluent in a language to teach their child a different language. The other day I met a man when I was having some medical tests done who greeted me in Shona because he recognized my last name. Immediately I thought, he is from Zimbabwe then he said no. He had just lived with Zimbabweans for 6 years but made it a point to listen when they spoke and learn. When a word was said he would ask and that’s how he learnt. To add to that he speaks a bit of 2 other languages. What amazed me was that he has a 5 month old he said he speaks to in these languages he just briefly learnt himself. It inspired me to want to have my children exposed to more cultures and languages.

Kupa’s class is full of children from different backgrounds and the last week they were learning about the letter A and I was asked by his teacher to come and teach the kids how to do an African dance and play the African drums. I felt honored to be able to teach these young minds something new. I even taught them a song I sing with my kids in Shona, “ Shiri yakanaka unoendepi. Huya huya huya kuneni. Ndiri kuenda kumakore. Kuti ndifanane nemakore.” These kids learn different songs in different languages every time and I was impressed by how a class of 4-5 year olds managed to sing along after learning the song for a few minutes.

I wrote this blog post because last week was 25th of May and that is Africa Day. People from all walks in Africa celebrate Africa as one. I thought of how many times I get asked why it is that I speak to my children in my language. Yes I do get asked that at least once every couple of weeks. My kids have my genes too. I would want them to know where their mother came from. What language their mother speaks. Some day they will have the privilege to visit my home country and I would like them to be able to communicate in their mother’s mother tongue. They may never be fluent but they can still be able to communicate. It is an awesome thing to be able to be multilingual because that alone makes one unique in his or her own way because not everyone can speak more than one language.

← Is there a difference between raising boys and girls? Mama and me days →