Is there a difference between raising boys and girls? 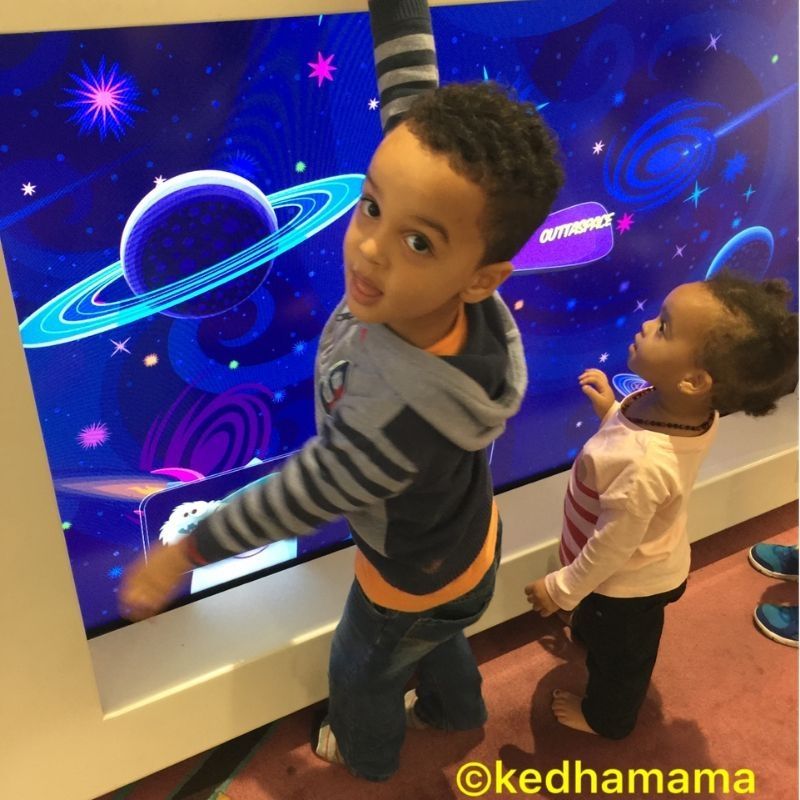 I have fortunately been blessed with ‘peach and pear’ as they call it, both a boy and a girl. If I had both of them as the same sex I would still be a very lucky mama. Raising my little ones is an eye opener each day. I seem to learn new things because of these two. The question though is, is there a difference between raising boys and girls?

hey say never to compare kids but let us be honest. How often do you look at your children and think s/he is different from the other or other children around them. They walked earlier or they talked earlier. I know sometimes I do that even unconsciously. My son Kupa is the first and I remember he walked at about 7.5 months old. My goodness the excitement, but soon I was regretting it because he was getting into everything and climbing everywhere. I would even tell people who would envy me to cherish every moment of their not yet walking child because once they were on the go they would not stop. Nashe on the other hand, she walked a little bit later. By the time Nashe was 8months old, I was thinking there was something wrong with her because she wasn’t walking yet. She finally decided to walk at 10 months. I was stoked because I felt she had a lot of catching up in comparison to her brother. She caught up really quick in terms of talking though. Both their father and I even noticed that she started forming sentences earlier than Kupa did. One of her favorite first sentences was, “Kupa stop! Don’t you do that to my baby” meaning herself. Though I think the advantage of being a second child helped because she has a little person to imitate as compared to Kupa who was an only child for a while.

I often think that Kupa was quite a handful at 20 months in comparison with Nashe when I look at things. Boys tend to be so energetic even though my girl is too. Every child is an individual, don’t get me wrong, their personalities are what help shape them. In an article by www.parenting.com they quoted an author Leonard Sax, M.D., author of Boys Adrift who wrote that, “But it’s also true that each gender’s brain, and growth, unfolds at a different rate, influencing behavior.”
I am sure it’s a question those without kids tend to ask or those with the same gender think of too. I find that my son is boisterous and while my daughter is too she actually likes to go and do her own thing quietly. When we go out the boy wants to run around and go wild while little miss is busy waving hello and smiling at everyone. Occasionally she wants to go run around with her brother but she seems not to be as hyper as Kupa is.

When it comes to discipline comparing the two at 20 months, I find that little miss responds a bit better than big brother did. While she may throw tantrums at times, he would not stop and I reckon it would get to a stage where he wouldn’t even know why he was crying in the first place. Apparently, “Turns out their hearing is not as good as girls’ right from birth, and this difference only gets greater as kids get older. Girls’ hearing is more sensitive in the frequency range critical to speech discrimination and the verbal centers in their brains develop more quickly” www.parenting.com who quoted Gurian. He went on to say that boys are less verbal and more impulsive. I am learning that all right. The stomping and throwing of things around I get to see all the time. No matter how many times I tell him to use his words. Funny enough, even though little miss doesn’t speak clearly, when I tell her to use her words instead of just screaming she tries so hard to express herself. I am in this wonderful mothers group on Facebook and sometimes when we compare notes on how the kids are doing, it seems like they portray the same behaviors at times. It’s like we all raising the same child. The tantrums, stomping, hitting it all seems the same when you listen and read about it.

When it comes to communication, I find that it is so hard to get information out of my son. Simple things like, “how was your day at school?” he will give me a short answer, “I ate, slept and played.” Whereas little miss even though there is not much in terms of communication she will point out what she has been doing before we leave her daycare and try and tell me what she has been up to. I think, as she gets older I will be hearing more about her day than I do from her brother.

Recently I have been learning that having a girl has its own challenges. Who knew that a 20 month old would want to pick out her clothes and shoes for the day? If I happen to dress her in something she does not like she will either take it off and if she can’t she will cry until she makes herself sick. When big brother was at this age I never worried. He would just wear whatever mama put on him. I feel like I have a mini teenage girl and yet I have years before we reach the teens. I fear the world we live in today because boys, just like girls have to face marketing and advertisers. Biddulph talks about the big bad world of marketing and advertising, whose brightest brains worked out a few years ago that, the preteen and teenage girl market was underexploited. “They’re perfect prey for the advertisers: young girls are socially very aware, very finely tuned to the cues in the world around them, and it’s been easy for advertisers and marketing people to make them feel anxious or unsure about themselves, and to push items they can quickly be persuaded they ‘need’.” With everything else parents have to deal with raising their kids, discipline and communication, they have to worry about outside influence. The generation of our kids seems to be more developed than we were in my opinion. You give a smart phone to a 1 year old they know how to navigate through it. They can operate a television and even when they cannot tell the time, they have time perception and will know when their favorite show is on. Everyday they are doing something that blows you away really.

So is there a difference between raising boys and girls? What could be different about that? Well some people would argue that while every child is their own person, they are certain traits that inherent in the genders you will find to be similar in every child across the board. I see it everyday in my kids. They have so many similarities but also so many differences. While most may be to do with their personalities sometimes I believe some may be to do with their sex. After reading a few articles and books, some authors have found that it is quite true. I enjoy learning about my little people each day. The challenges make us stronger and each day is like an adventure for us.