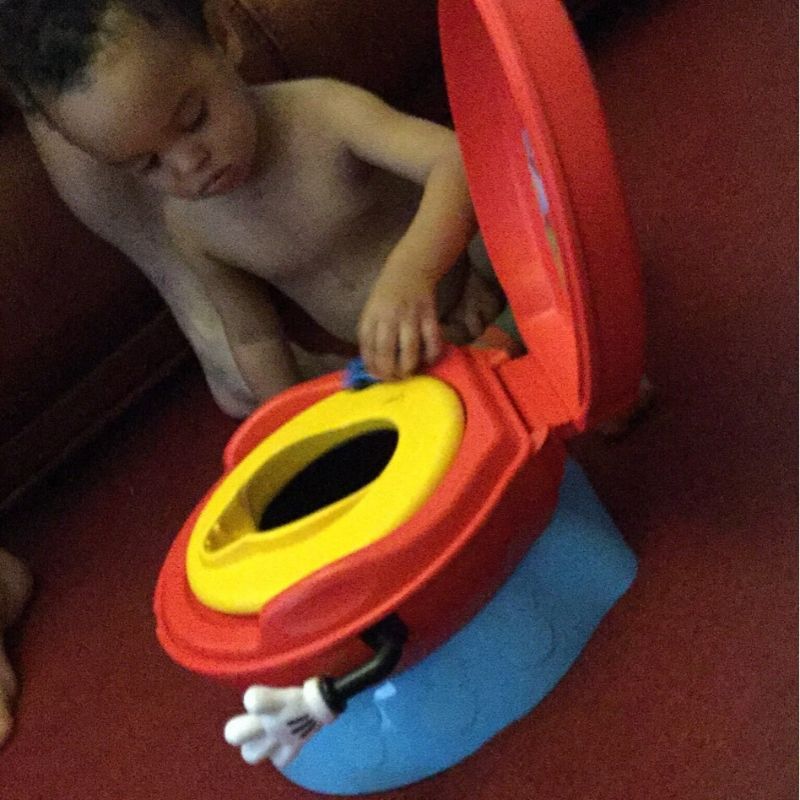 After talking to many mothers, most say it is easy to toilet train a girl than it is a boy. Though some will argue and say training a boy is a lot easier.Having Kupa as my first I guess I had no other child to compare so I went with the flow. Toilet training Kupa was not as bad actually.

I did my research and thought I could start around the 2 year mark but by then I was pregnant with Nashe. I thought that would rock Kupa’s world if I started then so I waited till he got used to being a big brother. By then he understood what was happening. I even got him the toilet training book Toilet Time For Boys. For Kupa what was exciting was getting to put stickers on his chart everytime he voided in the toilet. We would do a happy dance and then reward him. I have also heard and read of people asking, ‘Do you teach them to pee standing or sitting?” Well for us i started with sitting. I mean i felt it would not be easy to have him learn to aim when he was still mastering the actual act of peeing. By the time he had mastered peeing on his own we started to show him how to pee standing. He found that fascinating but be prepared for a lot of splatter. I have even taught him to put up the toilet sit and leave it down after he was done. For a 4.5year old he actually impresses me because i never find the toilet seat up.

When Nashe came along I thought I would start what everyone else was doing but I will be honest I got lazy. Most mornings when I got up I would be too tired to even sit her on the toilet. So that idea of early toilet training was out the window as soon as it started. 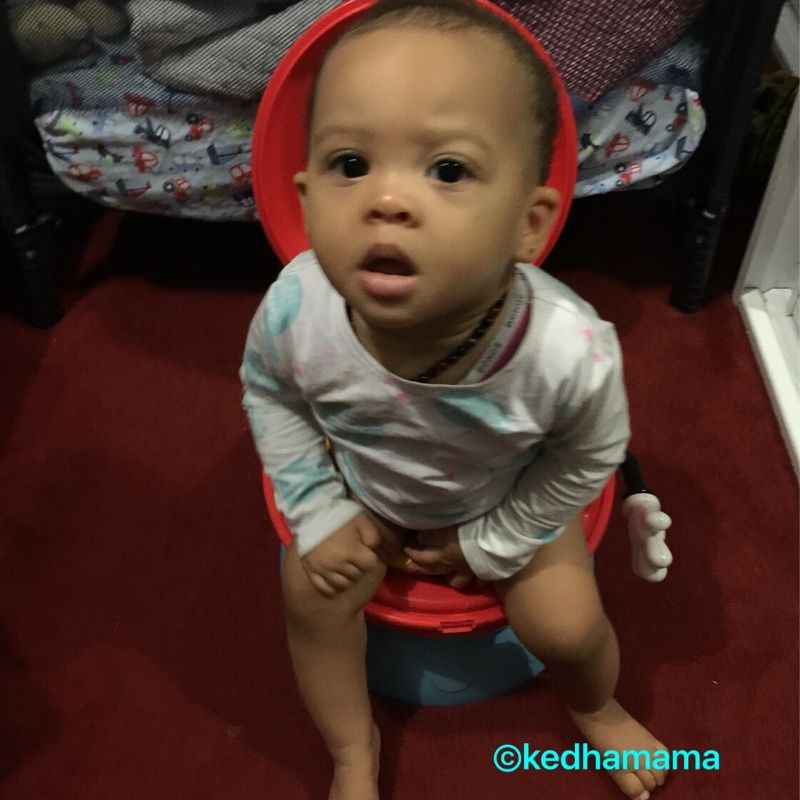 oilet training takes a lot of patience for both parents and the children training. When they make accidents do not overreact or yell at them because what happens then is they will regress and you will have to start all over again to encourage them and show them its okay. When an accident happens tell them its okay and do it with a smile on your face. Our body language can say a lot and these little beings can pick up on it.

With time you learn to read your baby’s cues. Over time she started asking to use the ‘toile’ as she called it. Initially nothing would happen but then one day I heard her fiddling with her potty and when I went to check she had peed. We did the happy dance and sang Dora the explorers “we did it.” Some days she even refused to wear a nappy wanting to wear underwear so I went and bought her hers as she had been insisting on wearing her brother’s.

She even went for a while refusing to sleep with a nappy on and would even wake up a few times to use the toilet. I did however sneak a nappy on once I realised she was fast asleep. I have read about baby-led toilet training but everything I read states that the parent reads the baby’s  cues. Then I thought well the way Nashe was going, I think it was toddler-led training because she was telling us when she was ready. Now because she has an older brother and has watched him pee so many times. When they have had those incidences where he really needs to pee in the middle of nowhere she has seen him do it standing. Now she tries to pee while standing and that is a disaster as you can imagine underwear around the ankles for a girl peeing while standing haha. I often have to hold her down so she understand she has to crouch as she cannot pee like her brother.

Some days though she would go every 2 minutes and you would think she won’t pee but believe me, she peed. I know with Kupa that took a while to happen. She is so confident now. In saying that she has developed a toilet paper obsession. She wants to wipe herself and when she has she wants more paper to play with. Now I know why they do toilet paper ads with toddlers or dogs. They love toilet paper. At bed time though, she does atleast 5 to 10 toilet trips before she finally falls asleep. Sometimes I swear she only does a drop just because she had the sensation to go. I have heard a few mothers mention that their toddlers were doing that too. They would get up multiple times. As parents, human as we are, we sometimes get frustrated thinking you should be in bed, why won’t you go and sleep already. I am guilty of thinking like that but I soon learnt that if I was patient with these little beings they would soon master the art of toiling and even bed time would become somewhat quick and smooth.

Toilet training takes a long time to master for the children. You may have the day time toileting mastered and would still need to have them going through the night without needing a nappy. This is where you might have to look at possibly not giving fluids after a certain time at night. Encourage them to use the toilet before bed. You could even wake them up to go to the toilet before you go to bed yourself and you find half the time they go. Some of us parents wake up in the middle of the night to pee. If you doing so it wouldn’t hurt to see if your child will pee. Yes we think of the fact that you are waking them up but if they are really fast asleep it will not take them much to fall back into their sleep. Some parents are just lucky to have children with great bladders who can hold it till morning.

I think what I would say to those starting toilet training is don’t rush to do it. Most of the time the child will start to show you when they are ready. Do not compare your child with others because every child’s development is different. While some may go early some may just like to take their sweet time. Learn to read your child’s body language when you start toilet training. They may do a little dance while they are playing but because they are doing something they are enjoying they might not go to the toilet until its too late and thats where you step in and encourage them. Some may even pause from what they were doing because they are about to pee or poo. I notice if i put a nappy on my little miss she gets lazy to go to the toilet and I know when she is going because she stops what she was doing. This is where I step in and encourage her to go to the toilet.

I also found after trying so many brands of nappies the Huggies nappy pants would last my toddler all night without any leakages. Check them out on the website below

They can also be bought bought from any supermarket. I try and get them in bulk when they have deals at places like: