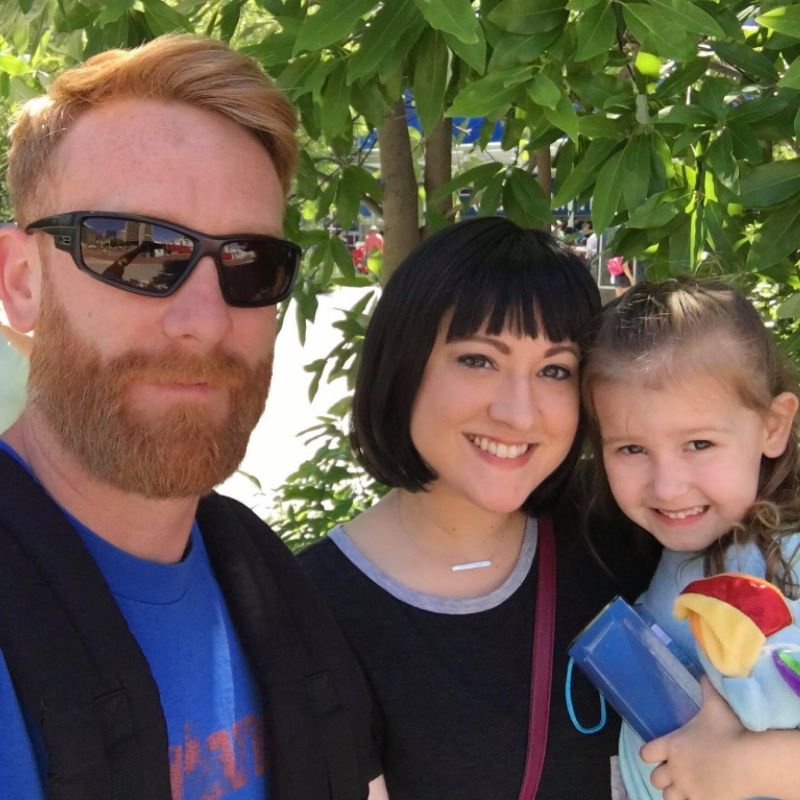 My guest on my blog this month is a beautiful lady I have known for a few years since I was pregnant with my first child. We have known each other along with other wonderful women through a mothers group. There is a lot of skepticism towards Facebook groups but for some, strong relationships have been formed through them. Strong friendships have been formed through these groups. I remember sometime last year or something there was a group of women who had just met through a Facebook group and they finally managed to all meet from across the globe in one place. The group I am in is no different. Those women who live in the same country or areas have managed to meet up. Though secretly I hope we can all meet in one place someday.

hat said we have cried together, laughed together and celebrated together. Some of the ladies have gone through life changing experiences and I feel lucky enough to have had a few agree to share their stories. This is one of the stories.

Tell us a little bit about your family

I had been having a lot of digestive trouble for a few years. I figured it was perhaps a food allergy, or intolerance. I adjusted my diet for about a year, which helped some, but not enough. About 6 months after having my daughter I began having a lot of pain and noticed some blood when I would go to the bathroom. My symptoms matched very closely to Ulcerative Colitis, and because I was still exclusively breast feeding at the time, my doctor and I agreed to go ahead and wait until I was done nursing to have a colonoscopy. Finally, the pain got so bad I went to the doctor thinking I had a stomach bug, which then sent me to the colonoscopy. The cancer was found immediately after the colonoscopy was done.

What type of cancer where you diagnosed?

I was diagnosed with Colon Cancer

Being a mother of a toddler what went through your mind?

At first it was total shock. How could a young mother get cancer? What kind of cruel joke was this? I wondered if I would get to see her next birthday, if she would even remember me. As I gathered my head around it all, I started to wonder if she’d always think of me as a ‘sick’ person and miss out on a true childhood. I felt horrible guilt for doing this to her life. No child should have to witness a parent sick all the time. I didn’t know if I’d be able to even parent at all, or if I would spend the rest of my life in a hospital bed. 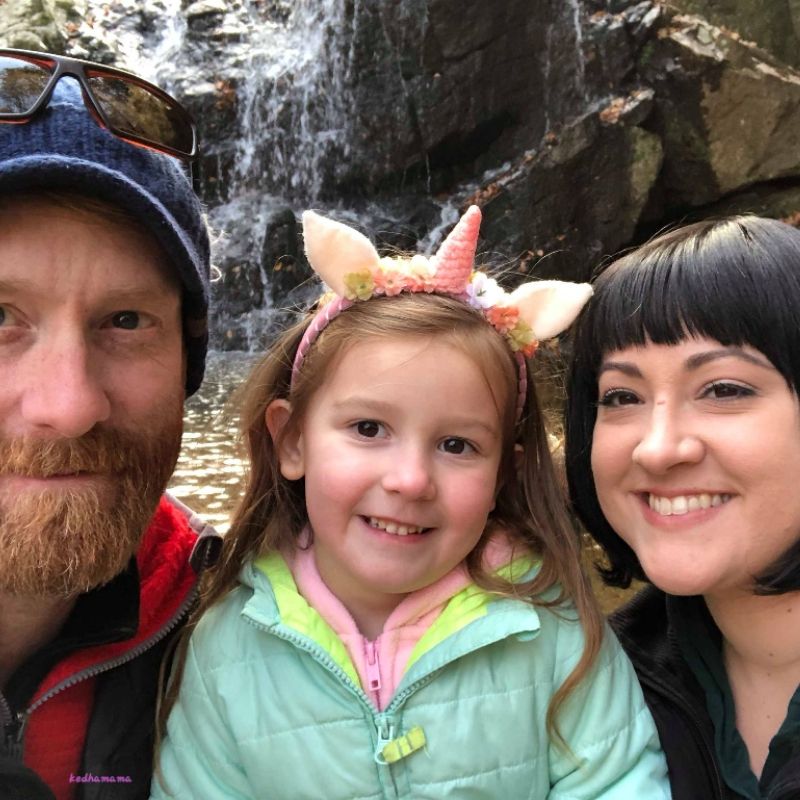 What course of treatment did you get? 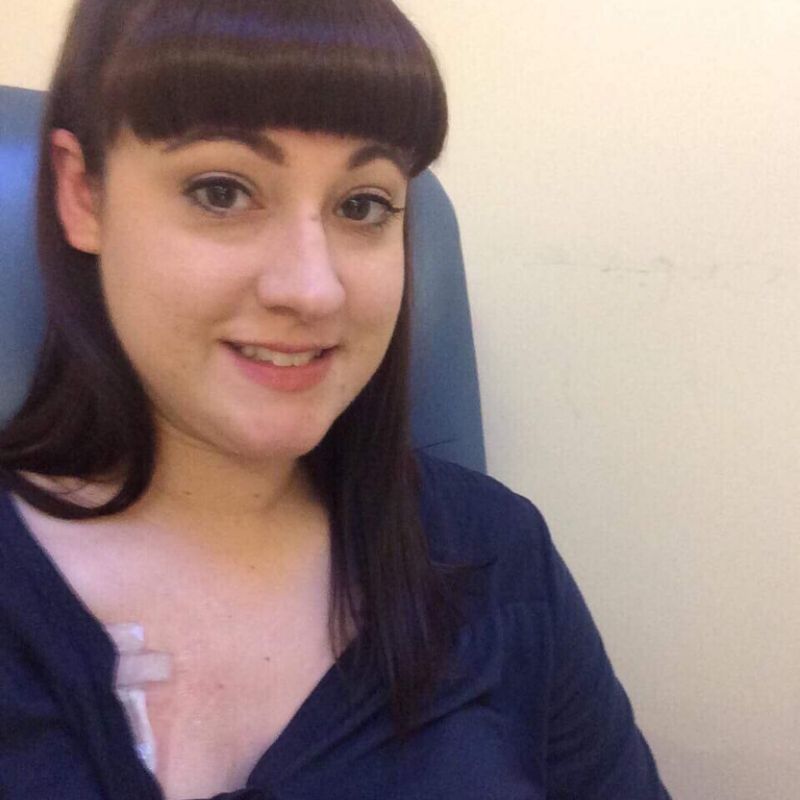 fter the diagnosis, I had surgery to remove the mass and the surrounding tissue. Because it had spread to some surrounding lymph nodes, they suggested I go through 6 months of Chemotherapy. So, once I had recovered from the Bowel Resection surgery I started Chemo. I would go every other week for a 3-hour infusion, then I was sent home with an infusion pack for another 2 days. I did this for 12 treatments lasting 6 months.

What sort of support do you have at home?

Being a stay at home mom, I didn’t have any day care options, and she was too young for school. My husband works full time, with not much vacation time. But I was lucky because my mother in law, my parents and our brothers and sisters really pulled together. Between each of them, they would drive me to my appointments, watch my daughter, make us meals, pick up groceries… everything! We also had amazing support of our friends and our church. People would bring us meals and send us gift cards so that would could grab meals on the nights that I just wasn’t up to making food.

You getting diagnosed, did that have a lot of financial effect on you and your family?

YES! I already wasn’t working, so finances were tight. I would do odd jobs to earn some money, but with the treatment schedule, that was almost impossible. My husband didn’t have much time off from work, so he had to continue to go in every day, when he would have much rather been home helping me out. Not to mention the massive amounts of bills that started to pour in! We have health insurance, but many of my tests were not covered because I was not the typical age of a Colon Cancer patient. None of my screening tests were covered, and I wasn’t even eligible for financial aid because of my age and type of cancer. So, it put a significant strain on our finances.

What do you do to keep yourself calm/ sane?

I won’t lie, there were times when I felt like I was going to lose my mind, or I wanted to just take my family and run away, to pretend like this wasn’t happening. But through all of this, I’ve totally centered my mind on God. I’ve had to fully rely on Him, and put my own idea of the plan aside. I’ve been thrown so many twists and turns that there is no way I’d be able to have weathered it without losing my sanity. He had brought me through so many battles, and I know that He will continue to do so. He has given me that peace that surpasses all understanding. I also have a great network of believers through friends and our church that have been amazing!

What message do you have for others who have been diagnosed with Colon cancer?

I felt so many emotions when I was diagnosed. Fear, guilt, denial, panic… you name it! But one major one was embarrassment. I was embarrassed to say I had a ‘digestive’ issue. I just assumed it was something only elderly people got, not 29-year-old women! Even saying it out loud, it sounds silly, but I was deeply embarrassed. I also refused to become a ‘patient’. I wasn’t going to be a sick person. I accepted the diagnosis, but I didn’t become the diagnosis. So, I would say, go about your life! Don’t let everyone else’s view of what cancer is supposed to look like. Get up every day, go about your plans. If you don’t feel well, slow it down. But do NOT stop being you and living your life!

What is your message to other women about the importance of screening? Especially younger working women?

I sometimes think if I had gotten screened earlier that this whole process would have been so much easier! I didn’t get screened when I first thought something was wrong. As I mentioned before, I figured I was too young. Not even my doctors thought that’s what was going on at first, but you have to trust your gut. If you feel something isn’t right, talk to your doctor! I know going in for testing of any sort is never an enjoyable process, but when things are caught early they can have a very different outcome than when they’re caught late.