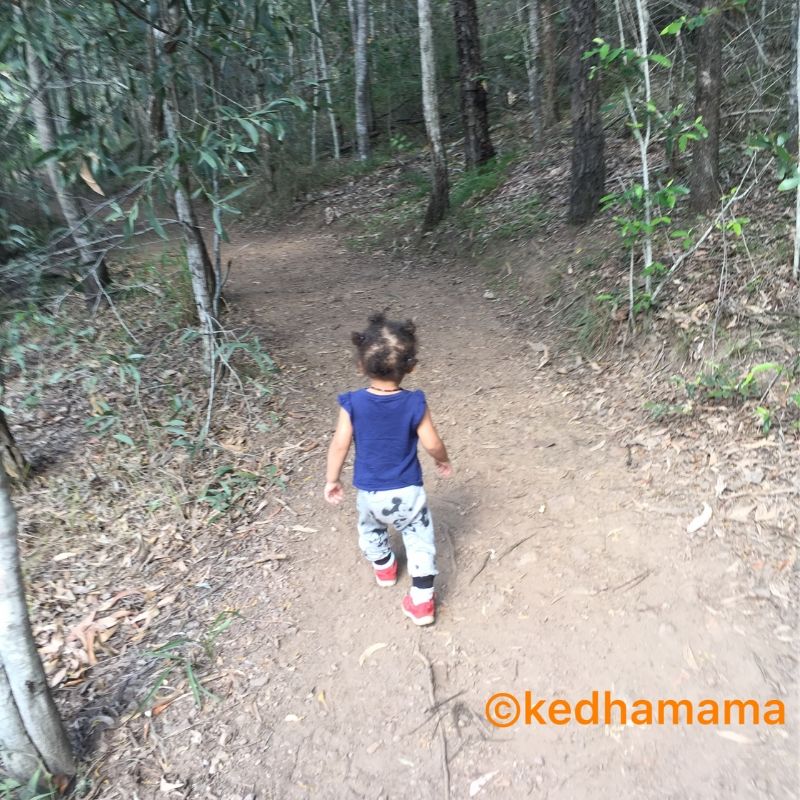 The other day I was talking about how the first half of the year had so many public holidays. My goodness, I have to be on top of my research when it comes to what places to go and what to do with the kids that doesn’t involve spending money besides fuel and or bus tickets.

Making the most of public holidays

Last week though we had just had the Easter break, Australia had another public holiday, ANZAC day. This is one of the most important holidays in this country. This is the day that marks the anniversary of the first major military action fought by Australian and New Zealand forces during the First World War. This year my son came home excited to share what he had learnt about this day and also to share his ANZAC biscuit with his sister. With the holiday falling on a weekday we had to find something to do on this beautiful Autumn day. Exploring the outdoors, going to the beach, going for a drive or just going to the movies is something people can do to make the most of their public holiday break.

While everyone was getting up early to go to the dawn service we decided to sit it out this year because although Kupa is 4, Nashe is 19mos and is at a stage where she wants to explore everything and if things do not go her way we have a massive tantrum. After breakfast I went to one of my favorite websites where I get information for where to go in Brisbane. Places that are child friendly. This time I used www.mustdobrisbane.com. This site is so informative. It tells you of trails you can go even with prams or strollers and with children of all ages. So I packed up our little picnic bag and we were off on an adventure. We were off to join all those other people out there hoping to make the most of a weekday holiday in the outdoors doing some Anzac day fun things.

It pays to be spontaneous

Initially we had decided to go to Mt Nebo. We would go on the trails and have the kids walk and run all the way using up all that energy that never seems to run out. These little people never run out of fuel even with bags under heir little eyes they never stop. Who agrees with me? So there we were on this meandering road and then all of a sudden I see the sign for D’Aguilar National Park. We still had another 20km to get to our intended destination but then we thought of checking out this place. Well what a great decision we made.

Bushwalking and what you can find

I have never been one to go bush walking. Heck I hate it. I am not an outdoor person. You will never see me camping. I always say I would rather go glamping. Since having my kids I have started to sort of face my fears. Kupa is terrified of bugs. Ants, flies – name anything small that creeps, crawls or flies he screams running the other way. So we thought him going out and experiencing nature might make him face his fears and overcome them. What’s funny is anything bigger than his palm he wants to take it home as a pet. 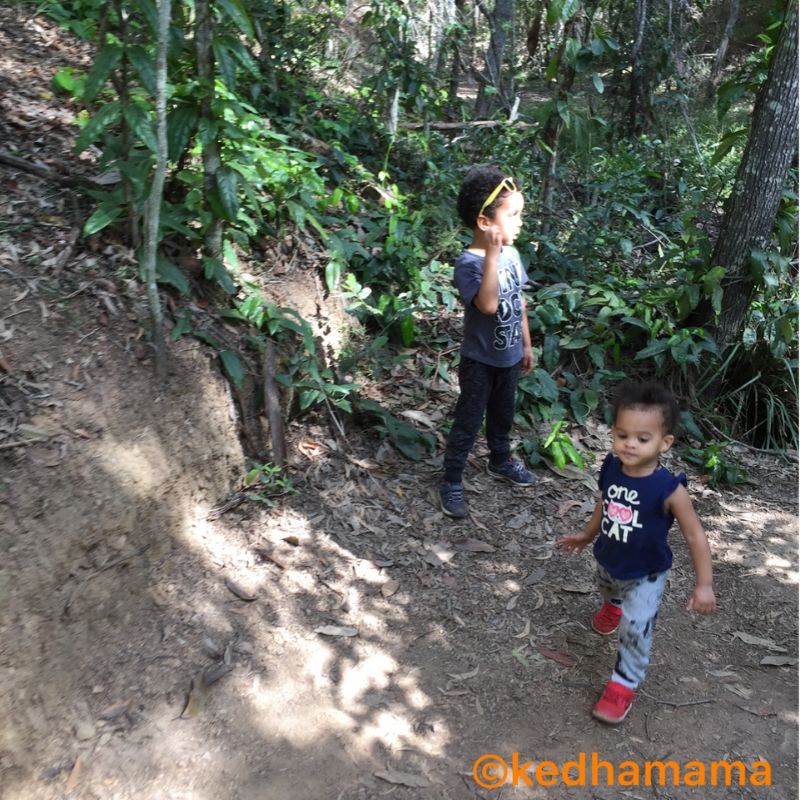 The reason why I have not always been keen on hiking or bushwalking is because Australia has many venomous creatures. I am not writing this to scare people but to make you aware. When you out hiking or taking a stroll always keep your eyes open. There is snakes and spiders out there you do not want biting you. A post in the Huffington post written in 2016 had this in it, “Of the 25 most venomous snakes in the world, can you guess how many are Australian? The short answer is: bloody heaps. A list has found its way on to social media highlighting the fact that 21 of the world’s 25 most deadly snakes can be found in Australia, and it’s freaking the world out.” Well guess what we came across on our hike, one of the top 25 most dangerous snakes a red-bellied black snake. We saw 2 of them to be exact. And there was Kupa going I want to get closer to see. The families walking near us couldn’t help but laugh because I was dragging him going come on lets go, his daddy was going its okay let him see. I am thinking, I am a black woman; I don’t stick around snakes, I run. It took a lot of courage from me to get up close and take a picture before I bolted. 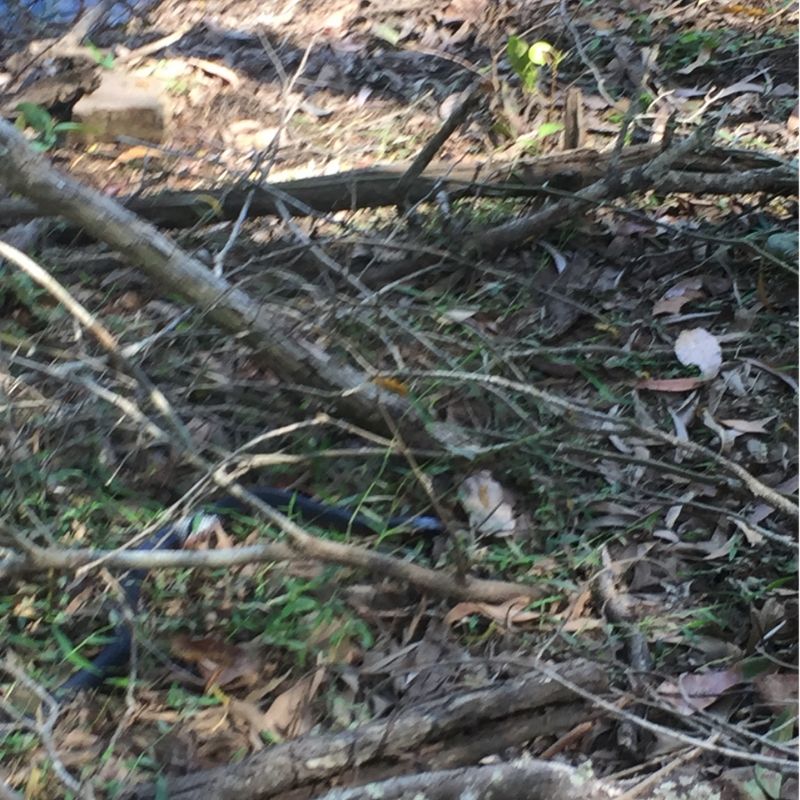 After seeing the snakes the things that went through my mind. Thinking back on how the kids had been getting into the bushes hiding under bushes. Just the thought of that gives me goose bumps. They were having so much fun, oblivious to what could be in the wild. 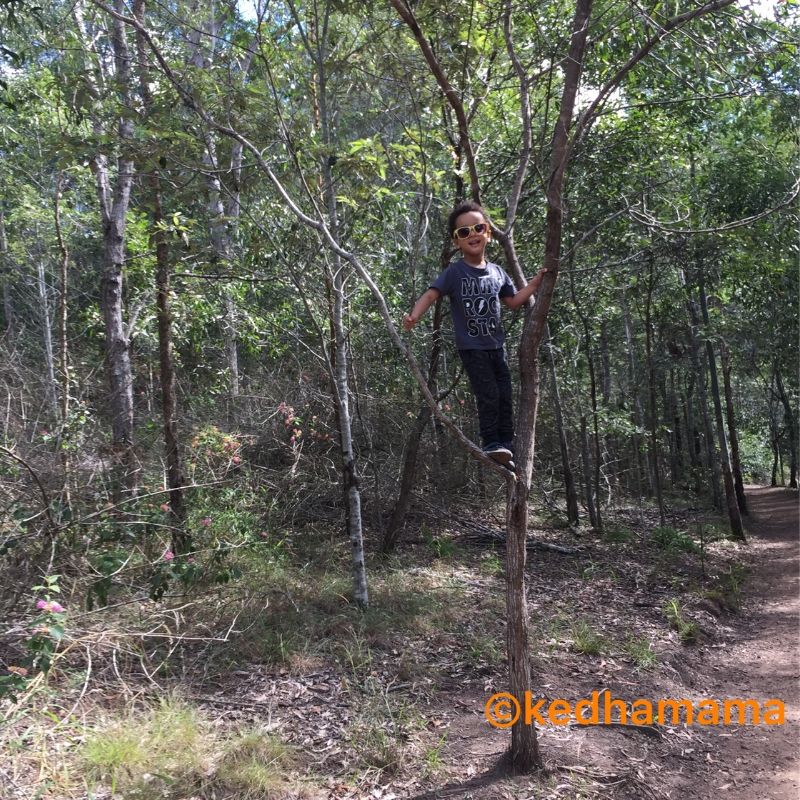 It was good that they did but through all that I kept an eye out making sure there did step on something. Tell you what though, I was so proud of how they walked most of the trail and just explored. We even sang along as we were walking. Silly songs like, ‘The bear went over the mountain’ and “Are we there yet.’ It is the small things that make kids happy and the simple things that cost nothing. All we had to do was pack a picnic and go out and have fun. 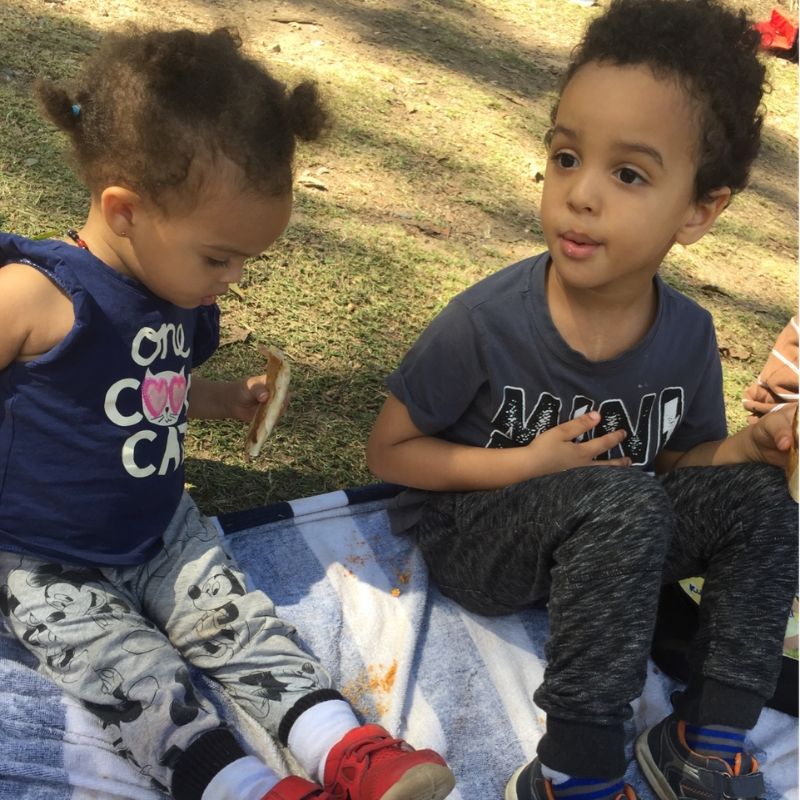 We never thought that we could ever enjoy bushwalking as a family nor as individuals but my partner and I have started to get over our fears and the things we do not like so the kids can have fun. Also because in this economy it is rather expensive to be going away all the time for holidays, so I am always doing my research to find us things and places we can go and be spontaneous and explore while having fun. Even if you live in a country with the most venomous creatures, do not let that be the reason you do not go out and live your life with you family. We have started to live our lives and it is worth it. Exploring the outdoors is something we now try to do is much as possible.